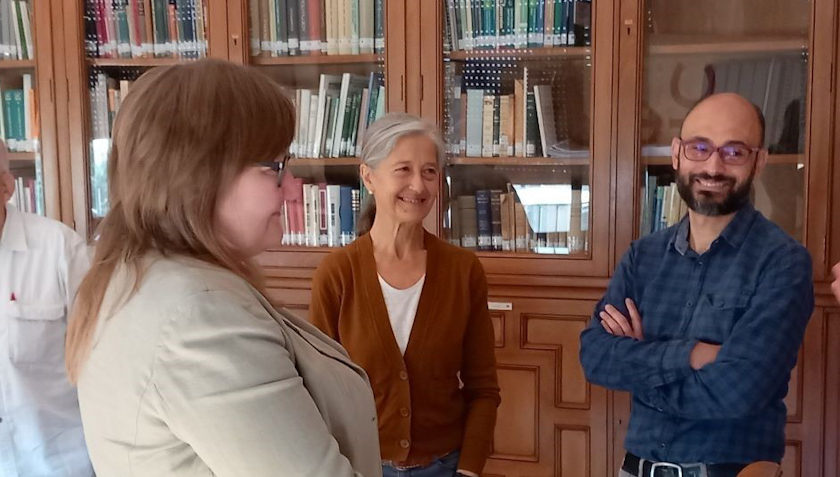 Dr. Olena Drozd has joined the RAMA group to perform research at the Aula Dei Experimental Station of CSIC. Her contract, with an initial duration of two years, has been financed by the CSIC Programme for Scientific Collaboration with Ukraine. She will develop her research with Dr. Carmen Castañeda and with the rest of the researchers of the RAMA group.

Dr. Drozd is Associate Professor at the Department of Urban Environmental Engineering and Management O. M. Beketov National University of Urban Economy in Kharkiv, Ukraine. She is also Senior Researcher at the Fertility of Irrigated and Solonetzic Soils Laboratory of the National Scientific Center «Institute for Soil Science and Agrochemistry Research named after O.N.Sokolovsky» (NSC ISSAR)in Kharkiv, Ukraine.

The project that Dr. Drozd will develop aims at establishing a collaboration between Ukraine and Spain in the context of analyzing the impact of agricultural intensification on soil, water and the conservation of natural habitats. The interface between agriculture and natural habitats will be analyzed to raise awareness about the interaction between both, maintaining crop production and enhancing the resilience of natural resources. Today, Dr. Drozd has been welcomed by the two Deputy Directors of the Aula Dei Experimental Station of CSIC (Dr Cantín and Dr Matamoros), and she has had the opportunity to discuss her research with the members of the RAMA group at EEAD-CSIC.